Based on the short film Transference

Based on the short film Transference

Logline
A psychiatrist and her baby get trapped in their house by a patient who turns out to be a dangerous psychopath and unfamiliar figure from her traumatic past.

Are you ready to be scared?

LOVEBIRD LULLABY IS A DISTURBINGLY TWISTED AND INTELLIGENT PSYCHOLOGICAL THRILLER

Inspired by Hitchcock’s Psycho and mainly influenced by the classic thrillers from the 90s, Lovebird Lullaby is a female-driven thriller that keeps the audience on the edge of their seat.

At a time when people are drawn more and more to scary, mind-twisting films, Lovebird Lullaby ticks all the boxes to become a commercial success and awards contender.

Logline
A psychiatrist and her baby get trapped in their house by a patient who turns out to be a dangerous psychopath and unfamiliar figure from her traumatic past.

Are you ready to be scared?

LOVEBIRD LULLABY IS A DISTURBINGLY TWISTED AND INTELLIGENT PSYCHOLOGICAL THRILLER

Inspired by Hitchcock’s Psycho and mainly influenced by the classic thrillers from the 90s, Lovebird Lullaby is a female-driven thriller that keeps the audience on the edge of their seat.

At a time when people are drawn more and more to scary, mind-twisting films, Lovebird Lullaby ticks all the boxes to become a commercial success and awards contender.

How many of us are consistently struck by the abnormal brutality of events in the news? The savage murder of a jealous husband’s wife, a school teacher beaten to death by her students, mass shootings in public spaces… Violence is more present than ever and we ask ourselves: what’s wrong? What goes wrong in someone’s mind for them to commit such heinous crimes? The roots of evil are difficult to untangle because they don’t respect normal logic and aren’t related to a specific disease, despite our desire to put a name to every single one of them. After decades of research in mental illness, we have to admit the truth: the human brain is still quite a mystery to us – especially the brain of a psychopath.

BEHIND CLOSED SHUTTERS: A FICTIONAL CHRONICLE OF THE EVERYDAY MADNESS

This is how Behind Closed Shutters fits into this current pattern of unexpected, surprising, and disturbing violence. It’s the fictional story of Rachel Klein, an independent and educated psychiatrist who finds herself held hostage in her own home by Edward, the wrong patient and makes her comfortable life a living hell. A situation that could happen to anyone – a local news headline, a chronicle of the everyday madness.

In the continuity with my previous work, especially my award-winning short film Convivium, I wrote, directed, and produced the 20-minute short film Transference where I further explore disturbed behaviors and mental disorders. After its release, it became clear it needed to be made into a feature-length film. Our captivated audience was left on the edge of their seat asking for more. Amongst them was HBO Europe who purchased the short and gave me the final validation I needed that Transference could generate significant interest. From then on, feature development was in full swing and I immediately reached out to former collaborator and award-winning screenwriter, Olivier Volpi. I knew he would be able to bring to the story I wanted to tell to life with a fresh perspective and thus, Behind Closed Shutters was born.

WHEN THE NIGHTMARE BECOMES REALITY

Madness is fascinating, disturbing, and destabilizing, and at the same time utterly cinematic. Behind Closed Shutters explores themes associated with mental illness in a new way – with depth, realism, and originality.

Psychopaths in films are commonly confronted with an environment that does not know the vicissitudes of the human brain. For instance, in brilliant classics such as The Silence of the Lambs, Psycho, Fatal Attraction, Misery, Basic Instinct, or The Hand that Rocks the Cradle the characters facing a psychopath are overwhelmed and troubled, trying to fight the villain by groping in the dark. But what would happen if a psychopath was confronted with a psychiatrist as their victim?

In Behind Closed Shutters, Rachel, a trained psychiatrist, finds herself face to face with the worst prototype of a sick patient. She’s our heroine who knows her enemy and the way their twisted brain works. She not only finds herself using her academic knowledge to get out of a nightmarish situation beyond anything she could have imagined, but challenges her own reflection on life, trauma, and healing. The various twists in the screenplay are not tricks to keep the audience captivated, but rather lead us to question: What are the roots of evil? Can madness be motivated by good intention? Is madness a pre-existing condition, or is it the consequence of an event?

INSPIRED BY THE THRILLER MASTERS

When it comes to directing, Behind Closed Stutters will pack a serious punch, leaving the audience breathless. Just like Rachel, the audience must feel the anxiety and aggression of the diabolical spiral she’s trapped in. 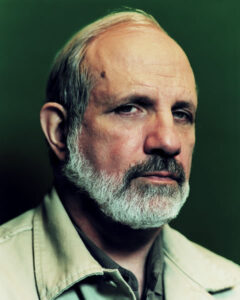 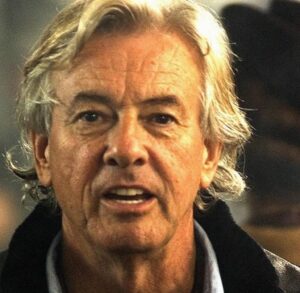 The inspirational works of masters such as Hitchcock, De Palma, and Verhoeven will guide me through the process of making this film. I envision offering a visually striking film full of vivid “surprises” with unusual and complex camera movements and angles. As for the more violent scenes, they will mostly be off-camera. I’ve always believed playing with the audience’s imagination is the best way to keep them engaged. To compliment, I will use an atmospheric and haunting symphonic score with an eerie and subliminal sound design that immerses viewers and elevates the tension of the story, without being too overwhelming.

However, the technique means nothing without the actors. Behind Closed Shutters is a character-driven film that offers a great opportunity to focus on the actors’ range to express their talent in extreme situations. I will inspire unique chemistry amongst the cast to create an authentic and realistic performance so the audience not only relates but evolves with the characters.

An actor-driven film propelled by a sensible and creative direction – this is how I envision Behind Closed Shutters. And as the ultimate master of suspense – A. Hitchcock – would say: “A glimpse into the world proves that horror is nothing other than reality.”

The best way to scare the audience is to play with their own fears.